These days I’ve been getting back into Dungeon Mastering with a vengeance (that’s running Dungeons & Dragons adventures, for all you sad non-nerds out there). In addition to DMing for two different groups at the same time, I’ve been reading and watching a lot of helpful content put together by other awesome DMs (shout out to Drunkens & Dragons, The Angry GM, and Performance Check).

I started keeping notes to keep track of what I’ve learned, and I thought you, savvy reader, might want to learn along with me. Although I use 5th Edition D&D to run my games, these lessons should be useful for any brand of tabletop RPG.

What you’re looking at up there is the aftermath of “The Clockwork Dungeon,” my latest adventure. I’ve gotta say, I’m darn proud of the rotating gear-based cipher puzzle I came up with for this one (you can see the decoder in the foreground), but if I ran this adventure again, I’d make one important change, which is the subject of today’s tip:

Keep it Short. Keep it Simple.

The Clockwork Dungeon was pretty short (about 4 hours), but it could’ve been even shorter and a whole lot simpler. The main map, as you can see from the photo, consisted of two large rotating rings connected by a dozen smaller rotating cogs. The scale of this place was daunting—it contained more than 20 rooms to explore (most of which held nothing of importance or interest to the players), and it was filled with over a hundred potential enemies. I say “potential” because most of them could be avoided as long as the players were cautious.

I expected the players to stealth their way toward the obviously important area in the center of the map, skipping past the stuff that was there just to provide context and atmosphere. The thing is, players (being paranoid perfectionists at heart) are inclined to explore every 5-ft square of your setting and over-plan every step of the way. Plus, even if they’re trying to avoid unnecessary encounters, there’s always the chance someone rolls a 1 on a stealth roll and all hell breaks loose.

Clearly, in retrospect, there was no reason to include all those rooms and enemies if most of them were supposed to be ignored. Several times throughout the session I had to nudge the players past the things that weren’t important so that we could get to the cool parts. So what was all that clutter doing there in the first place?

Quite simply, I got carried away. I imagined an immense clockwork complex tended by a swarm of automata. I designed the complex based on what its architects wanted it to be, rather than streamlining it to suit the needs of the adventure.

The truth is I could’ve condensed the whole shebang to maybe five rooms and a handful of enemies, and it still would’ve made sense in terms of the game setting. The players would’ve been significantly less distracted. Moreover, my prep time would’ve been cut at least in half, and the adventure would’ve been more balanced in terms of the campaign world. The players discovering that there’s an army of mechanical wonders nestled inside a nearby mountain has major repercussions for later adventures.

So here’s a summary of what I learned from this and other similar experiences:

I think keeping these two points in mind will save me a lot of prep time and help me deliver fun, fast-paced adventures from start to finish. 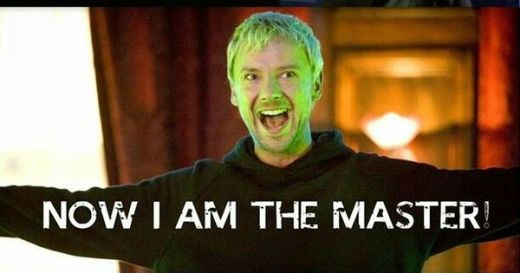 And while I was chipping away at my thesis, I had to put many of my creative projects on hold. So now I’m eager to get back to my “workshop.”

If you’ve been here before, I’m sure you noticed that I’ve already given the place an overhaul. For one, it’s a workshop now. Fancy that! Expect more additions soon…

Hello, Internet! It’s been a while!

First of all, I’d like to announce that a short story of mine will be published in the upcoming November/December issue of Cricket Magazine! Based on an Ainu folktale, the story is called “Resak and the Bear.” Cricket has always been one of my favorite literary magazines, and it is an honor to have my story included in this issue.

In other news, you may have noticed that I’ve changed this website a bit. The Editing section has been removed and replaced with a new section — Games. It’s a little empty at the moment, but expect it to be filling up fairly soon. Over the last year, I’ve started to take my lifelong gaming hobby more and more seriously. I’m very excited about the projects I’ve been working on lately, and I hope to have something to share with you all soon!

What with starting a new job as an English teacher (not to mention my ongoing graduate studies, my first novel, and now the upcoming games), I can no longer offer my services as a freelance editor or illustrator (which is why the Editing section of the site is no more, and also why you will no longer see pricing rates under Visual Art).

Speaking of Visual Art, I updated the gallery with some concept art I produced for an indie computer game called Shadows of Niflheim by Glacier Studios. The game is yet to be released and seems a tad ambitious for the small indie company, but their talented staff has created a rich, colorful world and produced many innovative ideas. I had a lot of fun contributing to the game’s development and I wish them all the best. Keep an eye out for it — when it comes time for them to launch, I’m sure they could use your support!

Well, I think that’s all for now. Thanks for dropping by!

This is a space to keep the books, short stories, art, and other things I’ve made so I can share them with you.

Where are the books? Well… actually, I lied. There aren’t any yet. But I’m working on it! For now you’ll just have to content yourselves with the stories and the pretty pictures.

Thanks for stopping by! Hope to see you again soon!