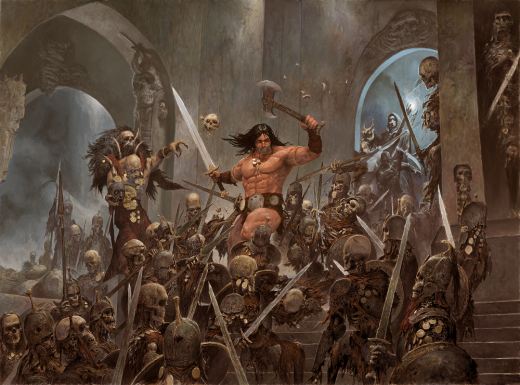 Everyone who’s played RPGs (players and GMs alike) has been there: your characters are in the midst of what’s supposed to be a nail-biting melee—the climax of the adventure—but, for the players, it’s a dull routine of rolling dice and crunching numbers, interrupted only by debating strategy or flipping through rulebooks, until the last enemy falls over or retreats.

It’s a paradox. As far as the story is concerned, combat, by definition, is exciting—the characters are thrown into a life-or-death scenario and must rely on their strength and wits to survive. But the act of playing out the combat all too often fails to capture the tension in the story. As the stakes of the narrative rise, the time needed for calculating each action increases. A single swing of a sword could spell doom, so the story must be slowed down. In D&D, one round of combat represents six seconds of the characters’ lives, but it can easily eat up half an hour of the players’ lives if you’re not careful.

So here are four simple ways to make combat more exciting and fast-paced. I’ve tested them in my own games, and my players agree that our sessions are more fun because of them. Best of all, any GM can start using these right away, with little effort. 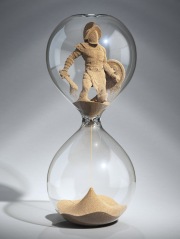 One of the quickest ways to slow a good game down is for the players to take too long to make up their damned minds. This is such a common problem that we have a catchy name for it: analysis paralysis.

So how do you stop the players from over-analyzing their actions? Simple: give them a deadline! I find a small sand timer (about 1 minute) works well, but an egg timer or smartphone app, or even a countdown should work in a pinch.

This is not just a technique for combat—you can use it whenever the characters have a limited time to act but the players start debating what to do. For example, I recently ran an adventure in which Thokk, the party’s half-orc barbarian, came across the camp of an orc tribe that had enslaved him as a child. Of course the party wanted to deliberate the most strategic plan of attack, so I placed my sand timer on the table and said, “When this runs out, Thokk loses his patience and charges into battle.” And before you complain that I was taking freedom away from the players, Thokk’s player agreed wholeheartedly with a grin.

You might think that rolling behind a GM screen would be an effective way to keep tension high. After all, when a monster hits one of the PCs for 27 damage, they don’t know if the monster got lucky or if it’s just warming up. I argue, however, that hiding rolls takes away from the tension.

I used to play with a GM screen, but a year or so ago I decided to see how it felt without it, and I’ve never looked back. When you roll in front of your players, they share the thrill of watching the dice tumble on the table and spell their fate. It’s both empowering and frightening for them… empowering because the GM becomes just another player at the table, bound by the same rules they are; frightening because they know you’re not pulling any punches—if a monster rolls a 20 and kills someone in the party, them’s the breaks. 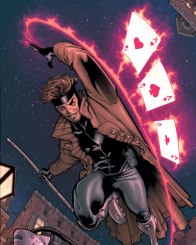 In D&D (and most other RPGs I’m aware of), the GM and players make “initiative” rolls when combat starts to see who gets to go first. GMs typically handle this in one of two ways. The first is to roll for each individual combatant, record their rolls from highest to lowest, and proceed in that order. The GM may even require a fresh set of initiative rolls at the start of each new round. To save time, many GMs use a simpler method: make one roll for the good guys and another roll for the bad guys. When it’s the good guys’ turn, each player acts, usually in the order they’re sitting around the table. On the bad guys’ turn, the GM has each enemy act, in whatever order makes the most sense at the time. GMs using the second method typically make only one initiative roll at the beginning of the combat, and each side alternates turns from there.

Both methods have their flaws. The first method eats up a lot of time because it requires so many rolls and quite a bit of accounting. An organized GM can get through the process relatively quickly, but personally I find it immediately grinds the tension of the game to a halt when I have to make upwards of a dozen rolls right off the bat and write down each one. It also gives the game a kind of “classroom” feel, as the GM reads names off the list, telling each player when it’s their turn.

The second method saves time but lacks balance and variety. If the players go first, the combat might be over before the enemies get a chance to fire a shot, and vice versa. Moreover, on the bad guys’ turn, the players must wait for the GM to finish resolving each enemy’s action, and the GM gets no break in between deciding what each enemy does. This often turns into a headache for the GM and a snore for the players.

The way I solve this requires a deviation from the rules of the game, but I find the sacrifice is well worth it. At the start of each round of combat, take a red playing card for each PC and a black card for each NPC, and shuffle. Draw cards one at a time to decide who acts next. If the card is red, any player who has not yet acted may do so (they can decide amongst themselves who should go). If the card is black, the GM acts with any NPC that hasn’t had a turn. When all the cards are drawn, remove a card for each character no longer in the combat, shuffle the remaining ones, and start a new round.

There are four advantages to this system. First of all, it adds an element of tension to the game, as it keeps the players guessing about who goes next. Second, it breaks up player and GM actions so that neither side spends too long waiting for the other. Third, it gives the players the freedom to strategically decide which of their characters should act first. Lastly, it saves a significant amount of time. No rolls, no lists; just shuffle and draw.

One downside of this system is that it makes initiative completely random. In D&D, characters get bonuses or penalties to their initiative roll based on dexterity. Most other RPGs have a similar mechanic. The initiative card system ignores that, effectively stripping speedy characters of one of their advantages. That said, my players love this system and have never once complained that they’re being “cheated” by it. Besides, if you really feel the need, I’m sure you can come up with something similar to my initiative card system that still gives speedy characters the upper hand. 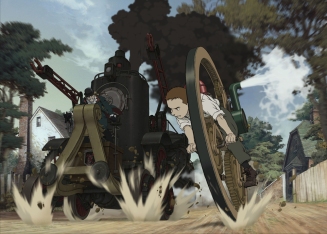 #4. Keep the Pressure On

All too often, combat becomes a matter of simply trading hits until one side falls over or retreats. It could be many rounds until one side is ready to give in, and with nothing to shake things up, each round becomes basically a repeat of the last.

So how do you stop that from happening? Next time you’re planning a combat scene for your adventure, work in some kind of pressure that will force the players to get through it as quickly as possible. Actually, like the sand timer, this is a good method for making any part of the game more exciting, not just combat. It works especially well for a scene that might otherwise drag on indefinitely, such as trying to solve a puzzle or persuade an NPC to help.

My personal favorite is the ever-popular horde of encroaching skeletons. A simple encounter becomes a nightmare when you’ve got an invincible force closing in fast behind you. The PCs can fend off the skeletons for a while, but not for long—they’ll have to overcome the challenge in front of them (be it a battle, a puzzle, whatever) without wasting time. Other forms of pressure I’ve used include: erupting volcano, enchanted tree being cut down, and steam engine about to blow.

Be imaginative, be devious, and most importantly, let the players in on the stakes. Even if their characters wouldn’t have access to this information, it helps to tell the players not just that something bad is on its way, but what it is and how long they have until it arrives.